Amanda Bakian, PhD, a Research Associate Professor in the Department of Psychiatry and CEEHI member, plans to find out. In a recently funded study (NIH NIEHS R01) entitled “The influence of multiple environmental exposures on suicide risk“, Dr. Bakian and her team will use data-intensive methods to gain insight into the nature of gene-environment interactions affecting suicide risk.

Project Summary: Suicide is the 10th leading cause of death in the United States with the national economic costs of suicide approximated to be $53 billion annually. While suicide’s causes are complex, suicide clusters in families and it is widely hypothesized that interactions between an underlying genetic predisposition and environmental factors are in suicide’s causal pathway. We recently reported a heightened risk of suicide following short-term exposure to fine particulate matter and nitrogen dioxide among all suicides in Salt Lake County, Utah from 2000-2010. Complementary studies investigating the relationship between weather and suicide have found that suicide risk increases following exposure to excessive heat, solar radiation and draught. To date, studies have largely focused on the effects of single air pollutants or weather variables on suicide. Thus, complex mixtures, which more realistically reflect a person’s daily exposure to ambient air pollution and weather, have not been examined in regards to suicide. In addition, the underlying characteristics that influence a person’s vulnerability to suicide following exposure to air pollutants and weather variables are largely unknown yet their recognition is critical for developing effective interventions. The goals of the proposed study are to 1) investigate thoroughly the gaps in our current knowledge of the individual, additive and combined effects of multiple short-term environmental exposures (i.e. ambient air pollutants and weather variables) on suicide risk, 2) identify the demographic, clinical, and familial characteristics that increase a person’s susceptibility to suicide following short-term exposure to ambient air pollution and weather, and 3) identify and characterize genetic variants that interact with short-term ambient air pollution and weather to increase suicide risk. We are uniquely positioned at the University of Utah to carry out the proposed work. Data resources already available to our research team include molecular data from >5,500 cases (Illumina Psycharray data; whole genome sequence data is available on a subset of 665 cases). Clinical and demographic information is available from the Utah State Office of the Medical Examiner and the Utah Population Database (UPDB). The UPDB includes multi-generation genealogical records, demographic data, vital records data, information on early life conditions, and current medical information on ~11 million individuals in Utah. We will use a nested case-control design analyzed in a multi-exposure Bayesian framework to quantify the effects of multiple environmental exposures and identify underlying individual-level and familial susceptibilities. Gene-environment interactions will be investigated using case-only and case-crossover study designs. Study results may lead to the development of clinical, educational and/or pharmacological interventions for suicide, targeted at high-risk individuals. 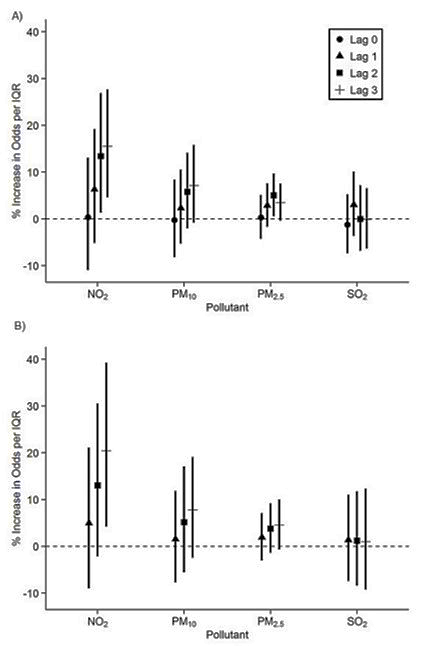